Brand Name: Coca-Cola Drink Type: Soft Drink Coca-Cola: Coca-Cola is the most popular and biggest-selling soft drink in history, as well as the best-known product in the world.  On May 8, 2011, Coca-Cola marks its 125th anniversary. Created in 1886 in Atlanta, Georgia, by Dr. John S. Pemberton, Coca-Cola was first offered as a fountain beverage at Jacob's Pharmacy by mixing Coca-Cola syrup with carbonated water.  Coca-Cola was patented in 1887, registered as a trademark in 1893 and by 1895 it was being sold in every state and territory in the United States. In 1899, The Coca-Cola Company began franchised bottling operations in the United States.  Coca-Cola might owe its origins to the United States, but its popularity has made it truly universal. Today, you can find Coca-Cola in virtually every part of the world. Visit Coca-Cola.com 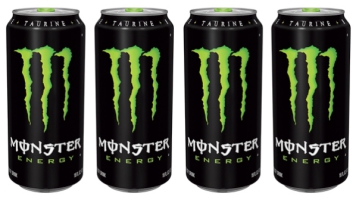 ATLANTA and CORONA, CA., June 12, 2015 –  The  Coca-Cola  Company (NYSE: KO) and Monster Beverage Corporation (NASDAQ: MNST) announced today the closing of the previously announced strategic partnership related to an equity investment, business transfers and expanded distribution in the global energy drink category.  As a result of the transaction, The  Coca-Cola  Company now owns an approximate 16.7% stake in Monster.

Since the transaction was announced, Monster and The Coca-Cola Company and its bottlers have amended their distribution arrangements in the U.S. and Canada by expanding into additional territories and entering into long-term agreements.  The  Coca-Cola  Company also has become Monster’s preferred global distribution partner with new international distribution commitments already in place with bottlers in Germany and Norway.